Help me raise funds to support those impacted by prostate cancer

I am taking on The Long Run!

This September I am taking part in The Long Run. I have committed to running 100k's to raise funds and awareness for men and their families who are fighting prostate cancer.

My story is in 2009 I was diagnosed with prostate cancer and I want to say at the outset I have been supported on my journey with cancer by some of the best medical professionals you could ever wish to have on your team and also, most importantly, by my loving wife who has faced and overcome her own cancer challenge this year.

In 2008 my GP was concerned when my PSA level increased, not dramatically but enough to gain his attention. In early 2009 a confirmatory biopsy detected I had two tumours and six weeks later I had a radical robotic prostatectomy. After a recovery period I went back to enjoying life but it always remained at the back of my mind - what if?

Five years after the operation when I hoped to hear "All clear you are a cancer survivor" I was advised further signs of cancer had been detected!

Over the next 18 months my PSA numbers continued to rise to the extent it was determined cancer had returned and treatment was once again necessary. I had radiotherapy in 2018 and life resumed and it remained good until mid 2019 when radiation proctitis struck!

Proctitis is an infrequent but not unknown side effect of radiation in the prostate region and it can take sometime after radiotherapy before it rears its' ugly head. The number of men who get proctitis are small but as luck had it...I was one of them!

After a number of colon treatments in 2019 and earlier this year I am now okay and the proctitis has been successfully addressed.

With regard to my prostate cancer - all is good there too. I have regular blood tests which will continue for the rest of my life but I hope never again to hear the words "Bill you have cancer".

Please help me support the professional people at the PCFA who support men with prostate cancer - every dollar small and large will assist!

Together we can make sure fathers, brothers, sons, husbands and mates will be there for 'the long run'.

Your assistance is sincerely appreciated.

Best wishes for a long, happy and healthy life - Bill 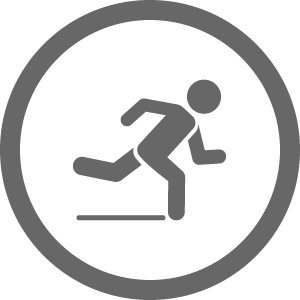 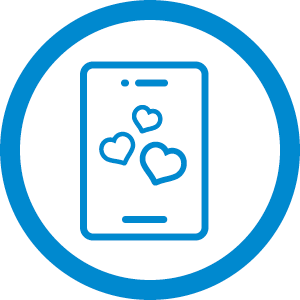 Spread the LoveShare your page 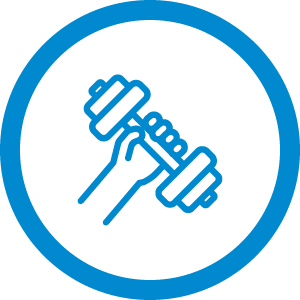 Ambassador
Made a self donation 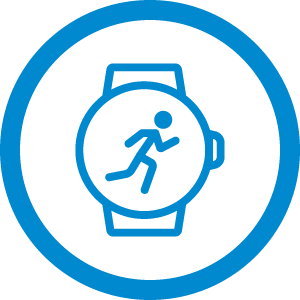 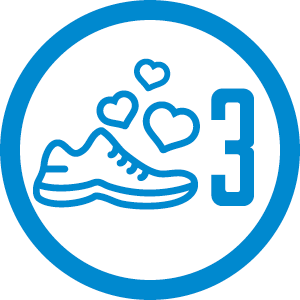 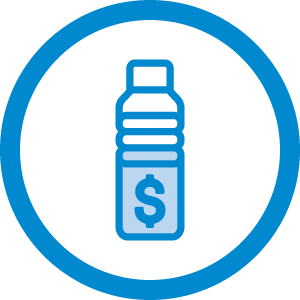 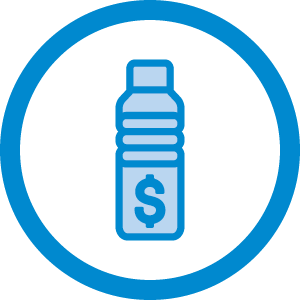 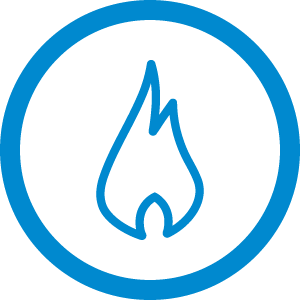 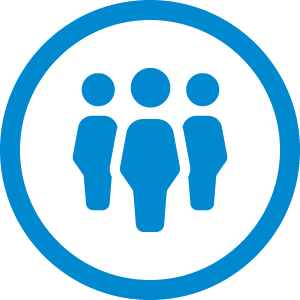 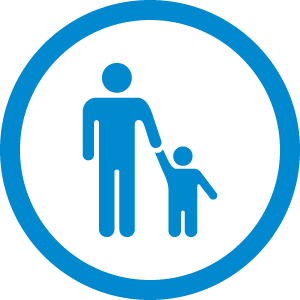 Wednesday 30th Sep Well looking at the title it has certainly been that. Just completed 202K’s and the body knows it but it has been worth doing every Km - the Prostate Cancer Foundation is an extremely worthwhile cause.
My everlasting thanks to all those people who have supported me on this journey, you have been fantastic and your generosity extraordinary, I will not forget!
Best  wishes for a long, happy and healthy life.
Bill
Share

Sunday 27th Sep To acknowledge those people who have supported me in fundraising for this great cause, with some 3 days to go I have upped my personal target to 200K’s.
The right knee will probably need reconstruction but it’s currently holding up and the in-growing toenails have stopped bleeding so why not?
You have boosted my morale, invigorated and encouraged me from Day One...so this last 30 are for you!
Thank you once again.
All the best - Bill.
Share

Saturday 26th Sep Celebrating 45 yrs of marriage today so it will be a quiet day “on the track”.
Good luck to all those in Perth who intend to make the best of this long weekend and do some impressive distances. My thoughts are with you even though the body isn’t.
Best wishes - Bill
Share

Thursday 24th Sep Just logged 9 K’s, thought about 10 but came to my senses when I spotted my reflection in a shop window... it was in colour not b&w as usual! Anyway staggered home to record “mission accomplished” with 151K’s completed.
Let’s see what tomorrow brings - some R&R or back on the track for the final few days???
Share

Wednesday 23rd Sep Well with only around 7 days to go in the challenge it’s typical that Spring weather has finally arrived. Hope your work/home commitments allow you to get ‘out there’ and enjoy it while adding the final few K’s and achieving your target.
On on...
All the best - Bill
Share

Friday 18th Sep Run, walk, swim, skate, row, ride... for those great people at the PCFA who help ensure men who contract prostate cancer have all the help they can get to beat the terrible disease and enjoy life! Share

Thank you to my Sponsors

A great effort Bill for such an important cause. All the best from all of us at Omni.

Good on you Bill, I’m sure OTU Scheyville experience helped your determination to complete this physical effort.

Losing Tony Sonneveld and being 1/68 OTU survivor and a daughter just diagnosed with Breast Cancer this is the least we can do...good on you and good luck. Peter and Helen.

Dear Bill, I wish you every success as you take on this 100km challenge.

Hi Bill, I was 1/71 at Scheyville. We've had our own tussle with cancer recently with daughter in law and grandson, so have a bit of an idea of what you have been going through. Hope your recovery continues and perhaps might meet up with you at next year's reunion Regards, Peter 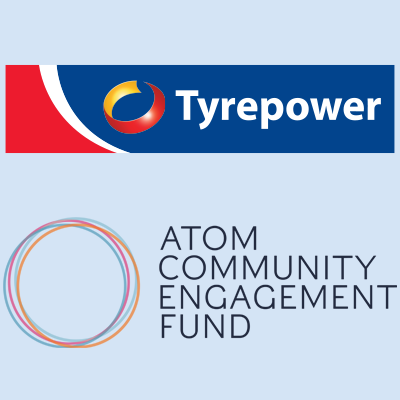 Dear Bill, Thank you for your email. Once again congratulations to you and your team on going the distance and raising money for Prostate Cancer research / treatment, a health risk that most men > 50 face. Please accept my AUD 252 donation which should push you close to 18K. Very best regards, Roy

Well done Bill and good luck on achieving your goal!

Congratulations and well done on this very worthy initiative. My pleasure to sponsor your 72k;s

Me again Bill , I could not work out how to alter the amounts i think that comes with age anyway i am really supportive of your cause and hope to one day catch up face to face again for a chat .

Good effort for a great cause.

Just wondering whether this challenge involves absolutely no red wine

All the best Bill for this great cause.

I see that you got my brother off his bum - well done Bill. 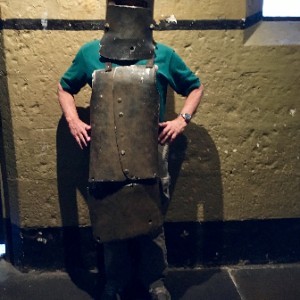 On behalf of Madeline, Tassie, Myself and all the previous members of Kilo Platoon -- we wish you good luck, Mate. It's a great cause you represent. I wish you lived closer than half-way around the globe. Cheers from all of us. Dave & Madeline

Best wishes Bill, keep moving, like you are running a 9 mileir! Sketchy

Good One. Don't overdo it.

You’ve had your share, Bill, so trusting you now stay on top. You’ll be in my thoughts as I join you from a distance in staggering 100 km in Sep. Cheers Woody Patching 1/71

Best of luck Bill and well done in advance!

Good on you, Bill. Losing Tony Sonneveld to prostate cancer was a wake-up call for us all.

Best wishes on your fund raising and run. Nick

Congratulations on your great effort. I just kicked the tin again in case I failed to do so when I received your original email. Can't remember but happy to support it, especially as at 74, it has not attacked me.....yet. I am very lucky healthwise, still working with great joy on the family farm. See www.rosnay.com.au.

Bill, Happy to waddle some steps if it helps. Will leave the running to those most able i.e. you. Good Luck G

Pulling for you Bill

all the best Bill

Hey Bill good on you mate we are behind you all the way. Seventy two ks is like a walk in the park for you I think you should do it a 20kg back pack to make it fair.

Very impressive Bill, well done, good luck and I’m sure you will smash it mate!

Such a worthwhile cause Bill, I have no doubt you’ll take the distance in your stride as you do with everything in life. My very best wishes to you. Go team Forbes! 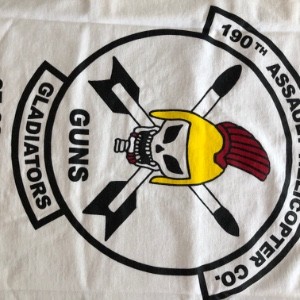 Gday Bill, congratulations on raising such a fantastic amount. Very proud to be able to call you a friend and true mate. Very kindest regards.

Birds of a feather

Fond memories of working with you Bill. A born leader and always enjoy working with and alongside you. A great initiative and I wish you all the very best in continuing to fight. If anyone can do it you have the steel determination!! Thank you for keeping in touch 😊

Hi Bill As an OTU Member (Class 4/71) I am donating $50.00 to the cause. All the best with your personal health Journey, and well done on your great run. Kind Regards Phil

Hi Bill - sorry about the late donation - great effort. I wIll respond directly to your latest email, 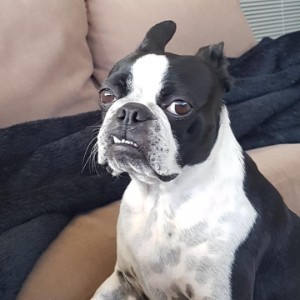 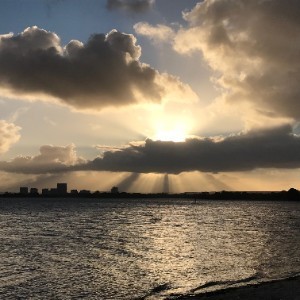 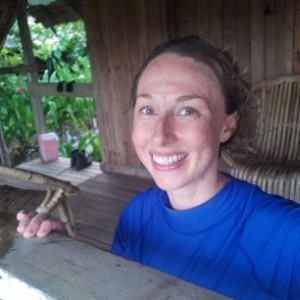 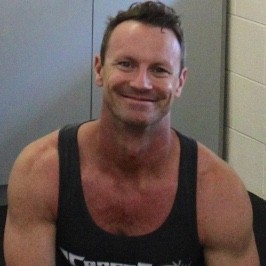 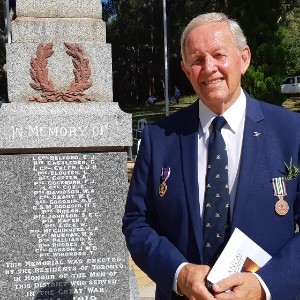 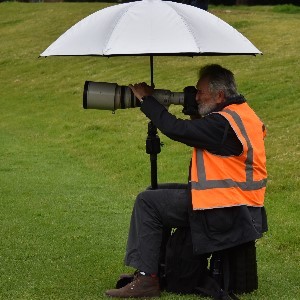 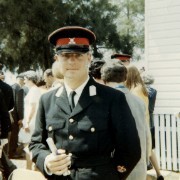 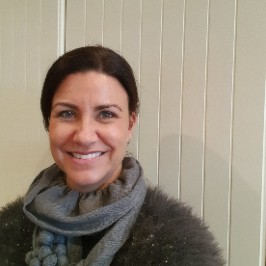 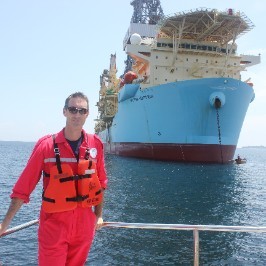 Copyright © 2020 Prostate Cancer Foundation of Australia. ABN: 31 521 774 656 Charity Number: 073 253 924 | Privacy Policy
Donations of $2 or more to Prostate Cancer Foundation of Australia are tax-deductible in Australia.
COVID-19 - Throughout The Long Run you should adhere to social distancing guidelines, and the public and social gathering rules in your local area, state or territory. Stay safe everyone!